Approximately $16 billion was stolen from 12.7 million U.S. consumers in 2014 according to the 2015 Identity Fraud Study released by Javelin Strategy & Research. The FTC found that identity theft was the number one type of complaint for the 15th year in a row among 30 categories of complaints. Identity theft accounted for 332,646 complaints in 2014.

These statistics get your attention and may make you think about purchasing identity theft insurance. Before you spend the money, there are some things to consider. As Bankrate.com points out, the term “insurance” may lead some consumers to believe identity theft policies will reimburse them for any funds that are stolen as a result of identity fraud, similar to the way other types of insurance make you whole after a loss.

Denis Kelly, CEO of IDCuffs.com, explains that identity theft insurance does not work like auto insurance, which would cover damage to your car and your injuries in a car crash. According to Kelly, “Identity theft insurance doesn’t pay for the costs to fix your identity or the injuries you suffered as a result of being victimized. Rather, it pays the equivalent of the cost to have your car towed and possibly the shipping costs of a new bumper.”

Experts say consumers searching for protection may find identity theft insurance falls way short of expectations. The insurance, which is commonly tacked onto existing home, auto and travelers policies, costs between $25 and $60 annually, according to the National Association of Insurance Commissioners. This figure increases if you purchase it separately.

Such policies cover expenses people might accrue while repairing their credit record, like the cost of postage, phone calls and legal bills. The chances of facing out-of-pockets costs are slim: 80 percent of the 12.6 million victims in 2012 didn’t incur any, according to Javelin Strategy & Research.

Some policies also connect victims with a case manager to help them clean up the mess. In the vast majority of identity theft cases, though, that process means a simple call to the bank. For 85 percent of victims in 2012, the identity theft they experienced involved misuse of an existing credit card or bank account. It took more than half of victims a day or less to resolve problems, according to the Bureau of Justice Statistics.

“People shouldn’t be mesmerized by the insurance that may be provided. It’s more important to look at how the service actually works and what it does for you,” says Susan Grant, director of consumer protection at the Consumer Federation of America. “Are you looking for somebody, for instance, who’s going to do everything for you if you have a problem, or are you confident that if somebody gives you advice, you’d just be able to do it yourself?”

You shouldn’t feel that you have to spend money to protect your identity. There are a number of protections you can get for free. For instance, credit experts recommend consumers set up custom alerts with their banks and credit card companies to receive emails or texts for transactions. You should also review your online statements daily and check credit reports from each of the three bureaus, Equifax, Experian and TransUnion, once every 12 months. Additionally, you can sign up for free fraud alerts, which require businesses to take extra steps to verify your identity before opening new accounts or increasing a credit limit.

For more information, see Identity Theft and How to Reduce Your Fear of Cybercrime and Protect Yourself 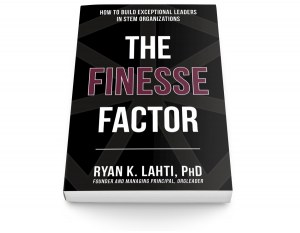